Hey friends! It's been a little over half a year since I put out the first demo for Immortal Until. Since then, there's been a bunch of changes, new features, and general improvements to the game. Additionally, I've been working hard on the rest of the game! I'll quickly recap the new features in Demo 2, show you a bit about the upcoming areas of the game, and then talk about the full game's potential release date.

A major feature that's been added in Demo 2 for Immortal Until is camping! There's now a system in place for time to pass by on the world map. Roughly every three turns, you'll be taken to your camp to rest for the night. There, you can store items in your personal chest, craft items that you've previously obtained, and rest up in your bedroll. If you're playing single-player, you can also chat up the other main characters that you're currently not playing as.

Once everyone has voted to rest at their bedroll in front of the campfire, the camping scene will end and you will be taken back to the World Map. However, there is a chance that you may encounter a Camp Event! Camp Events are miscellaneous cutscenes that describe some of the various going-on's at your camp. More often than not, you'll be faced with a few choices to make and your character's skills will be put to the test for a reward. 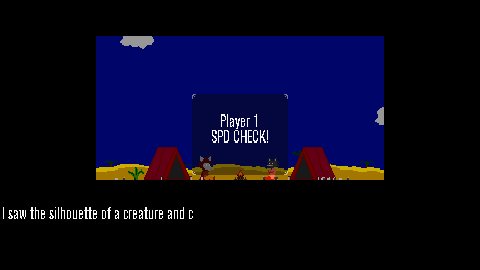 Other than camping, I've introduced skill points to the game. Skill points are a form of currency rewarded to you when you level up (usually through accruing score by collecting coins, defeating baddies, and beating levels) that lets you upgrade your character's base stats for free. When visiting a gym, you will be prompted to spend either skill points or gold, depending on which one you can afford. Keep in mind that the skill point cost for upgrading your stats will increase as the gold cost gets higher, so spend them wisely.

Speaking of levelling up-- it should now be a little bit easier to do so! I've added a combo multiplier to a few actions in the game. By chaining together bumping blocks, defeating foes, and collecting items, you can multiply the amount of score (and XP) that you gain! If you can defeat an enemy that awards a lot of score in your combo, you can amass a lot of score super quickly!

Another feature that's been worked on is controller support! You can now rebind most of the buttons on a gamepad through the options menu on the title screen. Additionally, the entire level editor now supports gamepads as well, so now you can create enemy spam levels or 1-1 remakes in comfort. I suppose you could make a real level, but where's the fun in that? 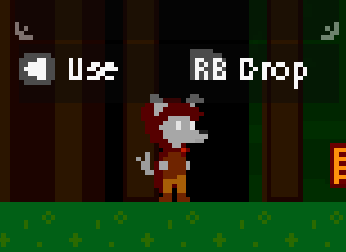 Oh, and I guess the level editor saw a few new objects and bug fixes.

And for the last of the new features, there's a new difficulty setting called Assist Mode! It basically acts like the Easy difficulty setting, but there's a few changes to let players enjoy the game without having to try too hard or be too punished. Some of the bigger changes is that falling into pits or burning in lava will no longer instantly kill you. Instead, they will try and respawn you at your last safe position. The player will also always take one damage, no matter how strong an enemy or trap may be. Oh, and later bosses after the first world will use their simplest AI patterns.

And that's all of the major features that have been added to the game. There's quite a few other things like the new title screen, improved bestiary, new tutorial cards, new player states (you can finally slide under blocks), more animations, a little bit of new music, updated manuals, and tons of bug fixes.

Well, currently in the demo you can only explore the region known as Idllyia, the forest-y part of Ordon that houses a variety of creatures and people. On the game's main page, I mentioned three more "worlds" to explore: Arteena, Hrumaria, and Frakos. For the most part, I'm actually done with both Arteena, the desert, and Hrumaria, the snowy mountains. I'll be finishing up some final touches for those two worlds and then I'll be focusing primarily on Frakos, the dimension between worlds. Once all the worlds are done, I'll make the final boss and I guess the game is done... we'll see how easy all that turns out to be.

To give you a bit of a sneak peek, here's some screenshots of The Arteenan Desert, a dry land full of ambitious felines and ursids. When you reach this area in the game, you'll come to find that the area is being shrouded in a magical darkness, forcing caravans and travelers alike to stay in towns for fear of being ambushed by bandits. 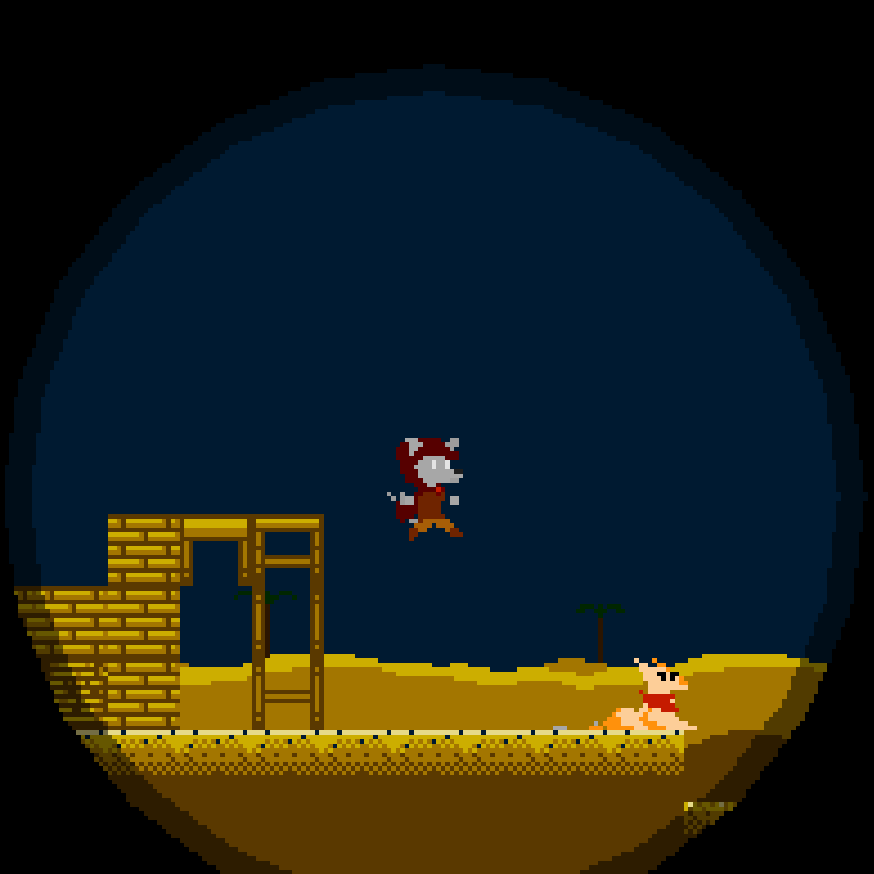 The next area, the Hrumarian Mountains, is suffering from suddenly active volcanoes appearing everywhere, putting the entire region into turmoil! It seems that the region's ancient protector, Kraetor, has been corrupted by powerful magic, and he's seeking to destroy the very land he created!

After solving the problems that plague your home kingdom of Junios, you make chase after the main antagonist, and follow them into a portal that takes you into the dimension they're operating from. Frakos is a strange place where it appears to be raining amongst the stars in space. Floating islands and lush purple foliage stretch as far as the eye can see, and the dragon-goat people don't appear to speak the same language as you.

You must travel through this final frontier to reach the false immortal, Kismit, and put an end to his cult of evildoers!

Demo 2 for Immortal Until acts as a considerable milestone for myself. The game has been in development for a year now, and it's come a long way. While a year isn't that much time in the grand scheme of things, it is about 75% of the development time I planned to spend on this game. With Demo 2, we've seen the introduction of game-changing features like Camping, Skill points, and expanded controller support. Additionally, there's been a fair amount of quality of life changes, bug fixes, and smaller features introduced with it. I really do hope that you guys enjoy this update. It took a lot of work to get here.

And it'll take a lot more work to get the game done. I can't be 100% sure of what the future holds for me, but if I were to speak optimistically, then I would be able to finish the game before the end of the year. I can't really give an exact date yet, but hopefully things continue to move smoothly so that I eventually can.

Thanks for stopping by to check out this Major Update devlog, and thanks to those of you who've been following along while I've been making this game. The updated demo is out right now. Have fun!